What if your final exams were such that the students didn’t even feel like they were “exams”? What if they could just simply “be creative” using all the tools given them throughout the school year?

Such was the exam for my high school classes – take Yankee Doodle Dandy and “make it your own”. Use your band instruments and other acoustic instruments you found around you, use a group of 8 people and create an arrangement to perform for the class.

I of course had to get in on the fun. I used my iPad, Cubasis, a couple of 5th graders, one high school student, my conducting podium and of course my euphonium.

I will let you decide what instruments the 5th graders played and what sounds were coming from my podium. 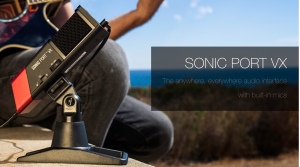 I will say that I used my Line6 SonicPort XV stereo microphone to record all the tracks into Cubasis on the iPad. I did cheat a bit as we were able to lay in some effects that my high school kids couldn’t really make use of as they were performing their arrangements live. Some of the stereo mix you hear is from panning inside of Cubasis after recording because I used the mono setting on the SonicPort but some of the tracks were recorded using the stereo setting – like the percussion.

We ended up with 12 tracks. I did not spend hours and hours on my euph playing. I just played and what happened was what you hear.

Then I exported and used the Wizibel App to create the video along with some nature photos I’ve shoot this spring.

The students ran into the issue of needing more time – we used three days of class. We could have used two weeks. Getting groups of 8 to be productive and all come to agreement on the direction of their arrangement was a huge part of the process.

Me… well my group worked pretty well together. The one 5th graders made me laugh because she enjoyed it so much. She begged me to play our final mix for the rest for the 5th graders the next day.