NinGenius has a simple premise and a beautiful execution (wait… the only thing that dies in the errrr game are boards) The app checks your student knowledge of fingerings. The beautiful part of the app is that it tracks your students progress! Then, through the use of Teacher Mode, you get to go in and see how everyone is doing! The students have a high score list for every instrument and they also are alerted about achievements like a new personal best.

The students job is to input their name the first time they use the app then they are all setup for taking the test… or playing the game, which ever way you want to sell it! 🙂

They select their instrument and the level they want to test at. Then the game starts – a note is shown along with three choices of fingerings. If they pick the correct fingering the ninja dude kicks the board and if they are wrong he runs into the board. It’s all very funny. The students are graded on accuracy and speed both. At the end of their turn, which typically lasts 90 seconds, they are then presented with their score and a belt, you know – white, green, yellow, black etc… It takes each kid about three minutes total to run through one time. I tell them they have to come in early or after school if they want more chances.

Each time the students go back into the game they see if they are still on the top scores board for their instrument and their level. The incentive the students have is that if they are a 6th grader getting beat by a 5th grader they obviously don’t like this very much – plus, currently they get to pick whichever level they want so this allows for them to work at their pace.

As teacher I get to see all sorts of data about each kids progress. Take a look at my scores….

Being able to have this progress is going to prove invaluable next year! I have no idea why other apps don’t allow for this – like in the Music Theory apps!

This is a no brainer for any music teacher trying to teach kids fingerings. Plus the app also does note names! Plus there is a study mode too which allows students to work through fingerings or notes.

Here are some pictures of the fingerings students will see – including PERCUSSION! 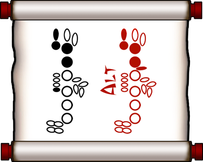 This app comes in three editions….

The school edition allows unlimited students on all instruments – $24.99 –

The studio edition allows unlimited students on one instruments – $9.99

The student edition allows for one student on on instrument – $2.99